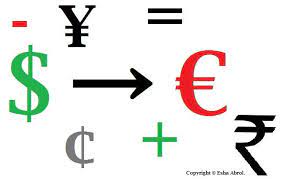 For most consumers, shopping online has become the primary way they interact with the retail world. Ecommerce has broken down regional borders, bringing shoppers and merchants together in an international marketplace that exists solely online.

A foreign exchange (FX) management or currency conversion is an essential aspect of international business but many cross-border sellers lack the required level of expertise in this area, ultimately resulting in lost sales and disgruntled customers.

Here are six things every cross-border seller should know about Foreign Exchange:

Proprietary research suggests that 25% of shoppers will leave a website if their preferred currency is not offered. That’s a huge loss of sales for cross-border sellers.

One reason customers stop buying is due to currency conversion. Not only will this direct them away from your site, but there is also something of a discrepancy in currency conversion. The external converters typically use the mid-market interbank rate instead of the inferior retail rate that consumers would actually be required to pay, which causes disappointment when the true cost appears on their card statement.

Many consumers are unaware that banks charge between 3% and 5% for currency conversions. On top of that, they also charge an extra 3-5% for purchases made in foreign currencies, which will not be revealed by the currency converter. Consequently, customers are often shocked to discover their purchase ended up costing significantly more, and are unlikely to purchase again.

Foreign currency transactions may be considered as fraud attempts by the bank, and the transaction could be blocked. Not only are your sales impaired, but not many consumers will return to your site following the negative experience. Foreign exchange damages reputations and customer satisfaction on a regular basis, but it doesn’t have to.

Cross-border sellers also struggle with the issue of timeliness when converting foreign exchange rates of their websites. Treasury departments usually accumulate funds on an incremental basis and execute periodic transactions quarterly. However, exchange rates may fluctuate, causing a significant loss in profits if you delay too long in converting.

There are additional ways that merchants can leverage FX to their own benefit. Customers can gain a competitive price by paying with their native currency, while merchants are increasing revenue and eliminating confusion regarding the all-in cost.  The customer is happy because there won’t be any surprises on their credit card bill, and you’ve created some additional revenue instead of giving it to the banks.

Quick Guide To Making Name Badges Online and Its Benefits

john - May 8, 2021 0
Many people don't like cleaning their spaces, whether it's their homes or offices. There are several reasons, one of them being that many people...

What are the recoverable damages in a Car Accident in Orlando?

john - May 7, 2021 0
In Orland, if you are involved in a car accident, then you can get the claim for your injury protection (PIP) insurance provider. The...

john - May 5, 2021 0
Diversity has become a synonym to coworking spaces today all over the globe. Working professionals from diverse backgrounds utilize coworking spaces for their purposes....

The most effective method to Find a Violin Class

Top 6 Benefits to Learn the Holy Quran Online in 2020