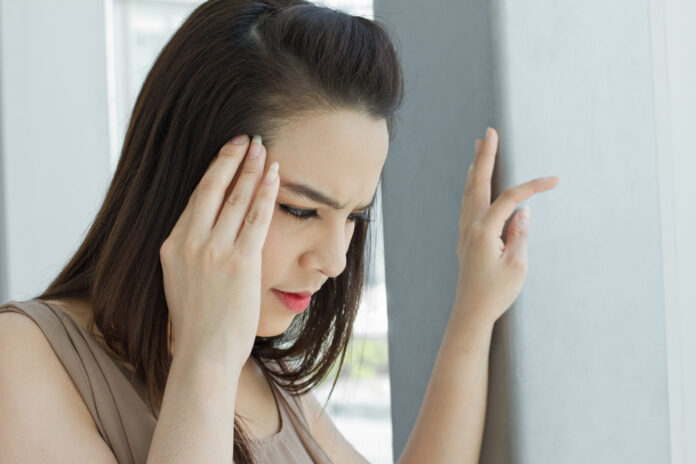 Benign Paroxysmal Positional Vertigo (BPPV) is one of the most common causes of Vertigo among people. Vertigo is defined as the sudden sensation of spinning, dizziness, & loss of balance. BPPV Vertigo causes episodes of mild to moderate to severe dizziness, spinning sensations, & feeling out of balance. BPPV Vertigo is usually triggered by sudden changes in the head’s position of the patient. Episodes of dizziness & spinning can be caused when you tip your head to the side, lie down or sit up quickly, or turn over to any direction quickly.

Even though BPPV can be troublesome & annoying to experience, it is rarely serious. The only instances where BPPV Vertigo can pose a threat to life is when it increases the chances of a person falling while performing some activity.

BPPV Vertigo is easily treatable & manageable, once the doctor gives you an accurate diagnosis & unearths the exact cause(s) of the condition.

The most commonly noted signs & symptoms of BPPV Vertigo are as follows:

These signs & symptoms of BPPV usually last for about a minute, & can occur once or in a recurring pattern. They can also disappear for some time & occur again. The activities that trigger episodes of BPPV Vertigo can vary from person to person, but almost always include sudden changes in the head position. Some people with BPPV Vertigo may also feel out of control while standing or walking.  Another sign that is observed in patients with BPPV Vertigo is abnormal rhythmic eye movements that accompany every episode of BPPV.

Oftentimes, BPPV Vertigo has no cause. This is also termed idiopathic BPPV. However, at times when there is a known cause for BPPV Vertigo, it’s often due to a mild to a severe blow to the head. Other less common BPPV Vertigo causes include damages to the inner ear due to some inner ear infections or disorders, the damage that occurs due to inner ear surgeries, & long periods being positioned on your back. BPPV Vertigo has also been known to be caused due to prolonged, severe migraines.

How does BPPV Vertigo affect the body’s balance ability?

Vestibular Labyrinth is a tiny organ in the inner ear that is made up of three loop-shaped structures called the semicircular canals. These canals contain fluid & fine, hairlike sensors that monitor the movement of the head. Other structures in your inner ear, called the otoliths, monitor the various movements of your head, & the position of your head relative to gravity. These otolith organs contain crystals that are responsible for our sensitivity towards gravity.

Due to some reasons that are not generally known to doctors, these crystals can sometimes become dislodged from their original positions, & enter one of the semicircular canals, especially when you’re lying down.

Since these crystals are somehow now in the semicircular canal, they make the canals sensitive to gravity & the head’s positions relative to it. This is the reason you feel dizzy, nauseous, & out of balance when you move your head.

Although not much is known about BPPV Vertigo, it is most commonly seen after a mild or severe blow to the head. Genes might also play a role in BPPV Vertigo diagnosis, as it’s often seen that BPPV Vertigo runs in families. Age is another common risk factor for BPPV. People aged 50 or older are more likely to be diagnosed with BPPV Vertigo, as the functioning of various organs in the body gradually decreases.

Your doctor will likely perform a series of tests to determine if you’re suffering from BPPV Vertigo.

The things that your doctor will take into consideration include:

In case your doctor is unable to figure out the exact cause of your symptoms, they may likely order one of the following tests:

Benign Paroxysmal Positional Vertigo (BPPV) may go away on its own after a few weeks or months. However, if it doesn’t, or if you’d want to get rid of it sooner, your doctor or Vertigo therapist might utilize several Vertigo treatment techniques, procedures, & exercises for Vertigo to make the condition feel better.

Below are a few of these procedures, exercises, & maneuvers.

Besides these exercises for Vertigo, there are several other exercises as well including Half-Somersault or Foster Maneuver, & Brandt-Daroff exercise. These exercises for vertigo are known to generate positive results in BPPV treatment.

Looking for experienced Vertigo doctors & consultants that can accurately diagnose, adequately treat, & help you properly manage, your BPPV Vertigo, then look further than the Neuroequilibrium range of clinics.

With a team of Vertigo experts dedicated to providing proper, personalized care to every patient, we ensure no patient walks out of our clinics feeling dizzy ever again.

The Best Wedding Cakes For Any Wedding

6 Key Reasons Why Your Brand Needs a Strong Logo

owasis shah - March 5, 2021
0
Hotel management is one of the fast growing fields in the hospitality sector. The increasing trends and demand for such jobs in...

Enhance Your Career Via Pursuing MBBS In Kazakhstan And China

owasis shah - March 3, 2021
0
Do you want to study MBBS abroad? Looking for possible opportunities to make it possible? Then now you can visit Kazakhstan and...

What is DSL Internet?